The Lady of the Ring 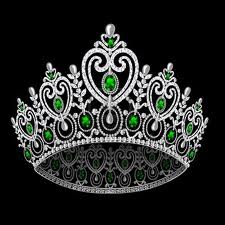 The Lady of the Ring

Crowned 3 years ago, under general anesthesia, that would knock her out for hours without end, she became the Lady of the Ring reigning over The Kingdom of the Rest Rooms.

Nobody is born a queen or a king, therefore, if you’re born in an earnest family, the apprenticeship begins in early childhood. If you’re one of the mortals, your training of turning you into being a refined Rest Room Royalty begins immediately after the surgical intervention.

She remembers the fear before doing it. She remembers the terror after having become The Queen and owner of the silicon ring. It hit her hard, the day following the operation. So hard she could hardly breathe, or eat or move. She was in pain. Excruciating sufferance  that would get interrupted by short blackouts. She would have never imagined that such a ‘small 5 points intervention’ would have the effect of a fully loaded train crossing her over, with her written consent.

However, consequently she had to learn to behave accordingly: no solid food for 3 weeks, no this, no that, not too fast, not to slow, bite, take the time, be alert to what your body tells you. The cunning brain of hers would have a will of its own: eat, not starve to death. And she would stubbornly refuse to give it what it wanted. Though mother nature never does things half way: the faintest moment of distraction, she would swallow a one-too-much bit.

And then hell would fall on Earth: eye-popping pain would suddenly take complete control of her reduced stomach, her esophagus would hurt with tension, saliva would accumulate in her mouth. Thick, sticky disgusting saliva. That would fall down the drain with a deaf sound of a stone sinking in a pond.

And she would throw up everything, bits of her soul included. She would hold tight to the toilet ring. She would pray it would soon stop. Every barf episode would make her panic at the thought that one day she would regurgitate the ring itself.

Once the one-too-much-small-bite out, she would wash her injected eyes and fight the urge to drink. You cannot just drink if you own a ring. You sip or you live with your thirst. You chase away your dream of ever drinking a lake up.

They taught her to listen to what her body wanted to say. To feel it say: “I am not hungry anymore”. Her brain would continuously scramble the information which the stomach sent upstairs with the cerebral lift.

After a few weeks she was starting to look like a nice roundish queen. She would fit clothes 2 sizes smaller or even 3, 4. She would spew her guts regularly and learn to hate fruit and vegetables for the nasty episodes they were provoking.

She would occupy her head with sorting out her meals and drinking moments: “If I drink, I don’t eat, if I eat, I don’t drink”. She forgot the taste of water. She would survive with coffee in the morning and maybe a bottle of liquid a day – all drinking fluids combined.

She would take children’s portions in restaurants, and sit close to the toilets. She would ensure a clear passage, be it the case, at a safe distance she could bare to withhold herself.

She learned to vomit up in silence so that nobody could guess what she was doing publicly nor would they feel disgusted by what happened next door. Bulimics and anorexics will certainly recognize it as ‘the art of throwing up in disguise’. Friends knew.

There’s still a positive part to all of this: her toilet gets regularly cleaned. No trace of her ordeal would be left to testimony of her weakness.

Long live the Lady of the Rings in the Kingdom of Rest Rooms and the nice smelling cleaning products!